System integration of communication devices and technologies is a wide and complex field, for which RUETZ SYSTEM SOLUTIONS assists as an experienced and competent integration partner and general contractor. With more and more new devices and communication standards of the consumer industry connected to the car network, a coordination requirement exists for seamless integration. 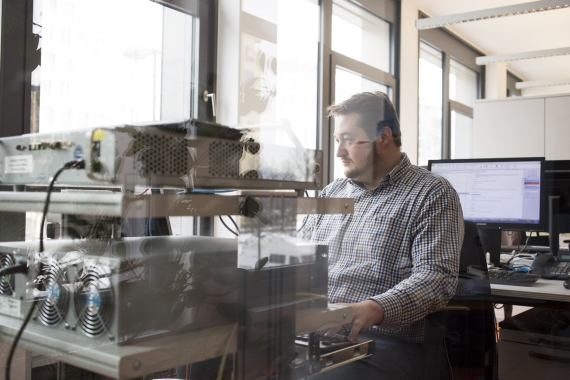 The required power spectrum includes manifold test scenarios and, with it, connected adjustments of the system and its components. The test runs include all levels of the ISO/OSI model. The test range is scalable from single components to the whole network, including White-Box and Black-Box testing. As such, the system tests consist of test and verification of the system behavior in subsystems as well as in the total car network (Trace Analysis). Additional tests include backward and regression tests. Following the analysis of the test results, we support designers with failure elimination and adapt system specifications accordingly, then incorporate the results into future specifications.

Close to our hearts is test automation across all ISO/OSI levels, to speed up processes and equally improve quality. System integration tests for CE devices and web-based networked functions like Apps and functions re-loadable by the user are getting more important. Another important aspect is adaptation to different regions. Included in the requirements for country roll-outs are the integration test for telematics services with data backend and the test of country-specific variants.

We are happy to provide up-to-date product information, press material and articles for download.